Here and here are all of today’s photos

This is our first full day outside of London… we’re staying with Julian and Jenny at their *fantastic* house out in the English countryside near the beautiful Malvern Hills (lots more on that in a few days!) and located right on the edge of the famous English Cotswolds district.

One thing (among many) I really like about England is that a lot of the houses that aren’t inside a developed town have their own names! And… rather than giving a street address, you define the address as the house name, followed by the postal city, area (shire!), etc., along with a six digit (letters and numbers) postal code. Here are a few pictures of their house…

So… today’s adventures actually have us splitting up a bit. Andrew and I are big football (soccer) fans, and we’ve been partial to Aston Villa for the ten years + since I’ve known Julian. So, Andrew, Julian, Jenny, Sam, and I are heading up to Birmingham for a VIP tour of Villa Park, Aston Villa’s beautiful soccer stadium. Kathy and Mel, not being so much the footie fans and *MUCH* more the “horse” fans, have been set up with a day full of horseback riding and pub lunching through the Malvern Hills woodlands area.

After dropping Kathy and Melanie off, we’re off to Villa Park… I’ve actually attended a match here, some 10 years ago (!!!!), so I really enjoyed being back at the stadium. Andrew was in his element, as he’s currently playing soccer for both club and high school.

Our tour starts through the Player’s entrance and up into the media center (for press conferences):

In the picture above, you’ll notice Andrew and I have two different versions of the Villa home kit. Mine has “Rover” as the sponsor, which is really cool, because Julian’s father (John) was one of the four primary owners of the MG-Rover car company until they sold it just recently. For two years, MG-Rover was the primary Villa sponsor… thus my kit. Andrew’s kit was from a couple of years before, so we were going to remedy that today.

Next, we were on to the Director’s Suite, where the fully stocked bar, great meeting areas, etc. were located.

Also present was the Villa trophy case, with their FA Cup trophy from a few years back:

We were led out into the director’s box for views of the pitch — it was being prepped for the upcoming Premiership season, so no markings, etc. were visible, nor were we allowed *onto* the pitch… pity! But, we did get to go through the Players’ entrance from the dressing rooms out right *NEXT TO* the pitch… close enough!

Next up was the Villa dressing room… it was, shall we say, “open”.

So… a quick trip to the Villa store gets Andrew his new Villa kit (personalized!!!!) and I get a cool polo shirt.

A fantastic lunch at “The Corner Flag” cafe, overlooking the pitch, wraps up our morning… and we head back to round up the girls, who have been having fun *all* day with English horses!!!

They have had a beautiful morning riding, with a great pub lunch overlooking the Malvern valley: 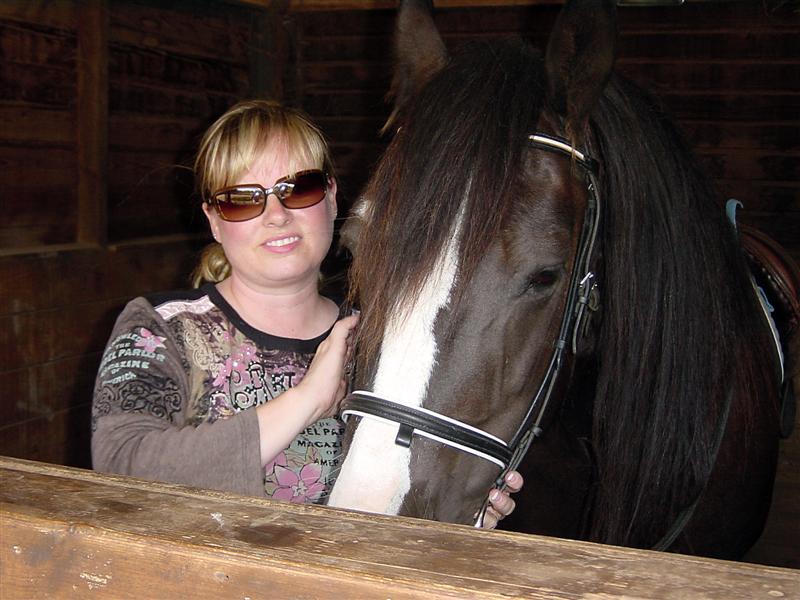 When we pick them up, they’re tired, but happy!!!

We head back to “Woodland Cottage” for a great BBQ dinner with John and Marianne, Mark, his grandparents, and his friend Lyndon… all of whom I’ve known for years. It’s fantastic fun catching up with everyone and the talking and beer drinking goes on well into the night (which is a long time, since the sun doesn’t really set until after 10 pm!!!!!!!).

Another super day in England comes to a close with the promise of a castle to explore tomorrow!!!