The Midlands area is often called “The Heart of England”. This is for good reason… in addition to being some of the most beautiful and “typically English” countryside, it is home to perhaps one of the greatest authors of all time — William Shakespeare.

Stratford-upon-Avon is one of the most popular destinations in England, after London. It is recognized as Shakespeare’s hometown, with the Royal Shakespeare Theatre located here. On previous trips, Kathy and I have attended performances here, and there’s no better place to experience Shakespeare, than on his turf.

The River Avon runs through Stratford, and is almost always filled with graceful swans, the “official mascot of Stratford”:

The River Avon, and other waterways/canals throughout the Midlands have an intricate series of locks that allow the river to flow predictably across the rolling countryside.

As such, the lock dimensions define the length and width of the “longboats” that navigate the waterways.

On our last trip, Kathy and I had a great tour up and down the Avon on a boat that also served great food and lots of drinks!

Unfortunately, we didn’t have the opportunity to partake this time around!

The Royal Shakespeare Theatre is right alongside the Avon: 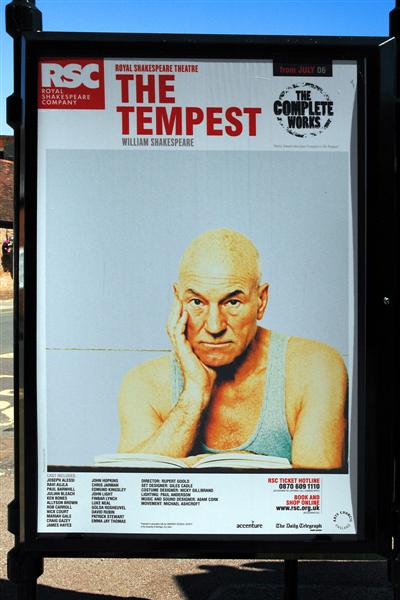 Given the beautiful weather, and the fact that Stratford always puts her best face forward to visitors, it’s not surprising that there are amazingly colorful flowers in bloom everywhere:

The next stop is the “Guild Church”, Shakespeare’s church when he lived in Stratford.

Inside is a mural that is one of the oldest in all of England:

Some of the stained glass that line the sides and the front:

Melanie decides to get a good word in: 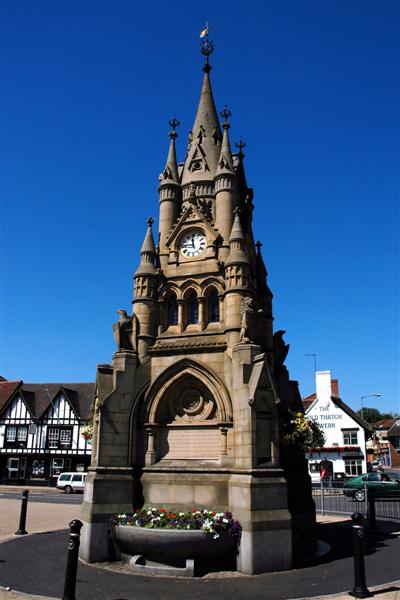 Near the center of town is the American Fountain, the gift of George Childs of Philadelphia, to Stratford, in Queen Victoria’s Golden Jubilee Year.

Mel gets a cool English chick hat… and gets her picture taken with *another* huge bear!

Next up is Shakespeare’s Birthplace, a beautiful example of a timber and mortar structure that is now the centerpiece of the Shakespeare Museum in Stratford.

We stop for lunch at Cox’s Yard, back at the River Avon… it’s yummy! But… somehow, this claim (below) is like being the “Best Ballerina in Buda”… it’s all relative:

At least the signs are polite:

After touring Warwick Castle (next journal!), we stop to see Anne Hathaway’s Cottage — she was Shakespeare’s wife:

We stopped at a pub for some “refreshments” on the way home… this village name just made me laugh: 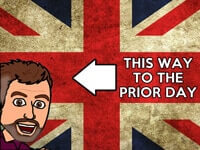 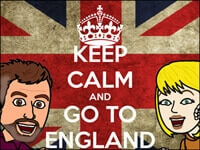 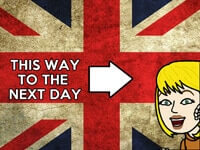