After Broadway Tower, we head off to Chipping Campden for a bit before going to John and Marianne’s for the afternoon/evening dinner/drink festival!

Chipping Campden is yet *another* “perfect Cotswold village” with shops, cottages, churches, and a really interesting structure in the center of town. The “Market Hall”, built in 1627, was used by local farmers as their fresh produce market. A “medieval Whole Foods Market”, if you will:

The cobblestone floors inside were really rough and uneven, and you could tell where heavy carts had been pulled for many many years!

A quick jaunt up High Street (and some more of the ever-present flowers) later… we’re off to John and Marianne’s:

Like J&J’s “Woodland Cottage”, John and Marriane’s house has a name, too: “Oakleigh House”

It really is a beautiful house, placed on a multi-acre wooded setting out in the middle of nowhere (this will come into play later):

We’re going to be spending the afternoon/evening here eating and drinking… John’s prepared a *LOT* of meat for the grill, and there’s a more-than-ample supply of some fantastic local ales and bitters in the *huge* refrigerator!!!! After a tour about the house, Kathy and Melanie wanted to go see the horses next door. It turns out that it’s a show jumping stable owned by a former member of the Australian Olympic show-jumping team. After John calls to see if it’s okay, Kathy, Mel, Jenny, and I walk up the road to the stables.

Melanie got to see the facilities, including a hedge-lined arena, the horse stables (with horses!), and talk with Bill (the aforementioned Aussie) for a few minutes: 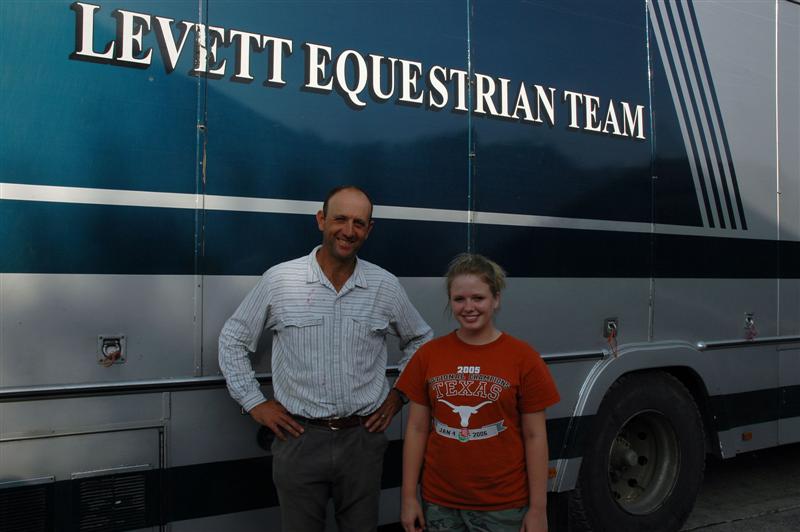 When we get back, Mark’s started grilling the steaks, pork, chicken, and sausages. Mark is Julian’s younger brother.

He’s a certified pilot who is in the process of interviewing with British Airways for a commercial position!

So, while things are cooking, we relax!

Mark, Andrew, and Julian break out the air rifles for some target practice:

As the sun sets, we’re all still sitting, drinking, and talking:

And… in a weird coincidence… they had a power outage, so we used the grill to bake the desert! Grilled pie anyone?

But then… out of the darkness… comes a blood curdling scream!

( you’ll just have to wait for the next entry: THE STEPS OF DOOM!)