Long known as the one of the largest cities of the massive (and now vanished) Mayan Empire on the Mexican Yucatan Peninsula, Chichen Itza remains as a mysterious ancient city rising out of the jungle that surrounds it.

All of my Chichen Itza photos

I was fortunate enough to visit in 1996, during a vacation to Playa Del Carmen. The appeal of renting a car and driving into the jungle was just too much to resist. Granted, I was much younger then, and the area was much safer …

The adventure had not even started yet when, after securing a vintage (I’m being kind here) VW Beetle, I followed the directions of the car provider and went down a back alley to the road that would take me to the main road towards the interior of the Yucatan. As soon as I turned out of the back alley (safely, I might add), a block up the road, a local police officer stepped out from in front of his car (almost as if he had been waiting there — shocking!), put up his hand, and pointed at me to pull over.

Apparently I had gone down a one-way back alley (as directed), and Señor Policia was waiting for me. In broken English (and my horribly broken Spanish — read “pretty much nothing”), he said that we could either go inside the (conveniently located) police station and “work this out”, or (as he looked up and down the street and held out his hand) “20 dollar”.

I think I just admitted to bribing a foreign law enforcement officer, didn’t I? Oops.

Off in this little rickety VW Bug we go!

Heading out, we rapidly lose all connection with buildings and the thick Yucatan jungle becomes the travel companion along the road for the next 2 hours. Looking back on things, we were extremely lucky that the car didn’t break down, or we didn’t encounter other “troubles”, but 20 years ago things were definitely a little safer than they are now. So, fortunately, I have positive memories apart from my earlier “legal entanglement”. 😉

A couple of hours later, we exit the single highway that bisected the Yucatan and follow the signs, eventually arriving in a small village with inviting colors and a host of lovely-looking restaurants! Since we didn’t want to waste a minute, this was sadly bypassed in favor of getting to our destination as soon as possible.

The parking lot and visitor center for Chichen Itza was very nice and well-presented. We quickly looked through the dioramas and grabbed a couple of simple maps for the self-guided tour.

Following the path out the back of the visitor center, it’s only a short walk through the trees before El Castillo appeared through the trees. It was even more impressive in person that I could have possibly imagined.

That’s a rather common thread throughout all of my travels over the years. Seeing something so historic in person that you’ve only seen in books, photos, movies, etc. is a treasured feeling each and every time it happens.

Rising almost 100 feet above the ground, El Castillo (“The Castle”, also sometimes referred to as the “Temple of Kukulcan”) is a prototypical Mayan “step pyramid” built out of local limestone. Each side has a broad, and VERY STEEP, staircase from the ground to the temple platform. There are two sides that are actually open for climbing (one for ascending and one for descending), with the ascending staircase containing a LARGE chain that is somewhat useful for a handhold on the way up.

After the fact, I learned that each of the four staircases had 91 steps, which when coupled with the temple platform, totaled 365 … showing that the Mayans had a strong grasp on the concept of celestial movements and calendars. More on that later, when we visit “The Observatory”.

Without even bothering to look around at anything else, I immediately begin the climb up the steep limestone steps. I stopped about half-way up to take a photo — which was a bit unnerving, as this was a pretty good climb with nothing to prevent any sort of tumble, had you lost your balance.

Once up onto the temple platform, a stunning view of the cleared Chichen Itza area greeted me, with the thick jungle surrounding it on all sides. Off in the distance, I could see small breaks in the foliage – being the small town we drove through earlier. Given that this impressive structure was built sometime between the 9th and 12th century, I was standing on a spot where humans had stood more than a thousand years earlier.

Walking around this (surprisingly narrow) platform with absolutely nothing between me and a Wile E. Coyote bounce down the side of the pyramid to the ground, puts the thought of safety back into the forefront of my mind, and after snapping a photo (and getting someone else to take one of me!) with equally impressive “Temple of the Warriors” in the background, it’s time to head down.

Since there was no railing (silly modern humans) or large chain to help the trek down the steep stairs back to the ground, it was a somewhat tenuous step-scoot maneuver that included leaning back against the steps with one hand as I take my time and try my best to NOT lose my balance. Ha!

In later years, I’ve learned that they have actually now prohibited climbing up/down El Castillo. While I can *completely* understand why from a safety standpoint, I feel bad for the numerous visitors over the years since that have not been able to experience the thrill that I enjoyed going up and down this ancient structure.

The staircase we descended was also carved with renderings of the famous feathered serpent god, Kukulkan. Apparently, on both the vernal and autumnal equinoxes, the pyramid is purposely aligned such that the shadows cast by the exterior pyramid step-levels cast a serpent-like shadow “crawling down” the staircase.

Before leaving El Castillo to explore the rest of the complex, we notice a small group of people standing near a partially obscured entrance by the northern staircase. I quickly discover this is a queue to enter and climb the small single-file staircase up to a hidden temple *within* the actual pyramid!

Again, I’m glad I did this at a younger age, as looking back at it — I’m not sure I could have handled the VERY claustrophobia-inducing staircase, much less the low-roofed small temple chamber at the top. The staircase allowed one person to either ascend or descend the steps, and the temple allowed maybe a half-dozen people at most. A very mysterious feeling was present … maybe it was just the climb and low ceiling. I definitely enjoyed stepping back out into the clear afternoon and getting a solid lungful of fresh air, though.

The Temple of the Warriors, mentioned from high atop El Castillo, would have been an impressive central structure on its own. In addition to the actual (smaller) step pyramid, numerous stone columns flank both the front and sides of the Temple of the Warriors. Archaeologists presumed that an extensive roof was supported by these pyramids, with the actual purpose of the covered area being somewhat unknown – was it a market place, governing area, ceremonial plaza, or something else?

The Great Ball Court is one of the more intriguing non-pyramid structures. A large open field, surrounded on two sides by high walls reaching some 25 feet high, definitely give the distinction of purpose to the area. Each wall has a stone ring about 20 feet above the ground, about the middle of each wall’s length. If this were merely a recreational sporting event venue, you could imagine lively games being played with cheering audiences enjoying the athlete’s attempts and throwing or kicking balls through these rings.

The reality was often far different. Many of the carvings around the site indicate that groups of conquered slaves played this in a serious sport of life-or-death scoring. Losers were decapitated on the spot, as shown in several of the reliefs along the walls.

This made walking through this open air arena somewhat more … somber.

Leaving the Great Ball Court, a trail through the thick jungle leads to one of the largest ceremonial “cenotes”, or sacred wells. At the end of the path lies the Cenote Sagrado, huge at some 200 feet across and a drop of 90 feet to the water below — more or less, depending on the subterranean water table depth that is prevalent throughout the Yucatan.

The edges looked… “dangerous”, so no one was getting too close, although a couple of iguanas were sunning themselves on rocks near the precipice.


Observatory, the jungle, and departing thoughts

On the opposite side of the complex, having walked past the impressive El Castillo again, was another complex of Chichen Itza structures.

El Caracol, aka “The Snail”, was a unique curved building, unlike the other very linear/edged structures. Unfortunately the interior was off limits, but apparently the spiral staircase was coupled with very precisely-placed windows that align with various celestial events, showing again that the Mayans were very much aware of the long term repetition of the lights in the night sky.

La Iglesia, “The Church”, is nearby – intricate carvings cover this solid building. Various other buildings, in differing states of crumbling stones, surround the overall area – before blending directly into the jungle that seems to be ready to crawl back and take over the Chichen Itza complex each night.

This thick jungle, both beautiful and imposing, must’ve been an almost physical enemy to the Mayans. With the temperate client and the abundance of subterranean water, the Mayans would need regular effort to cut back encroaching vines, tree roots, and other rapid-growth vegetation. Seeing some of the earliest photos of the newly-discovered El Castillo in 1892, the sides of the pyramid could easily have been mistaken for a mountainous up-thrust from the thick jungle carpet.

Having seen and experienced Chichen Itza, I know that I’ve been to one of the most mysterious but also impressive large-scale ancient civilization sites on the planet. Thinking about what daily life must have been like here – both bustling and dangerous, impressive in its scale, but also overpowering in its cruelty to those deemed unworthy – shows that human cultures have evolved and must continue to evolve in how we interact not only with our natural world but also with those around us. 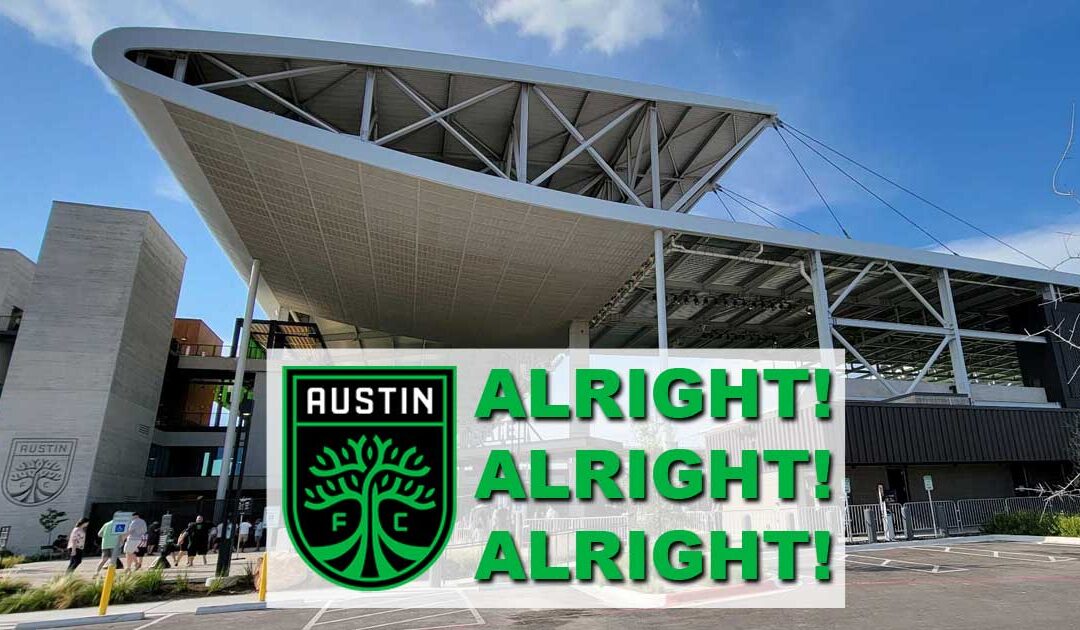