Do you have a Grail?

After a great morning and lunch in Broadway, we head up the hill to the famous Broadway Tower. This tower, which looks *really* old, was actually built in 1799 in the “gothic folly” style. It’s built on the highest point in the Cotswolds, allowing a view of the surrounding 14 counties from one very cool point!

The walk from the car park to the Tower is nice and leads up a slight rise. The first view of the Tower from the pathway is through a clump of trees:

It looks much more massive than it actually is… I’ve been here several times before, but it’s still one of my favorite spots in the Cotswolds. As you walk towards the Tower, you can see that it’s actually quite modest in size: 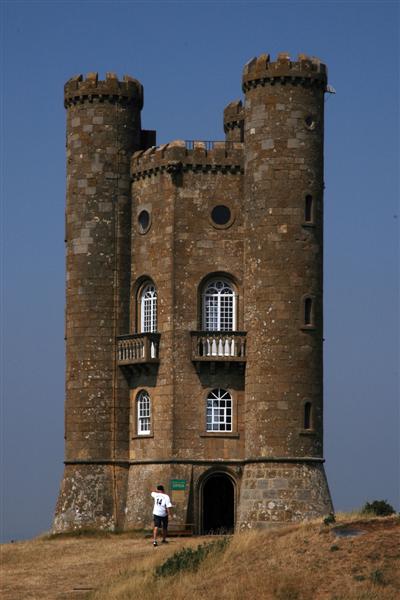 That’s not to say it isn’t impressive!!!!

The walk up the (NARROW) staircase leads to the top of the Tower:

There are small round windows in the staircase looking out over the countryside beyond:

The views from the top are really spectacular… although today’s the first slightly hazy day we’ve had. 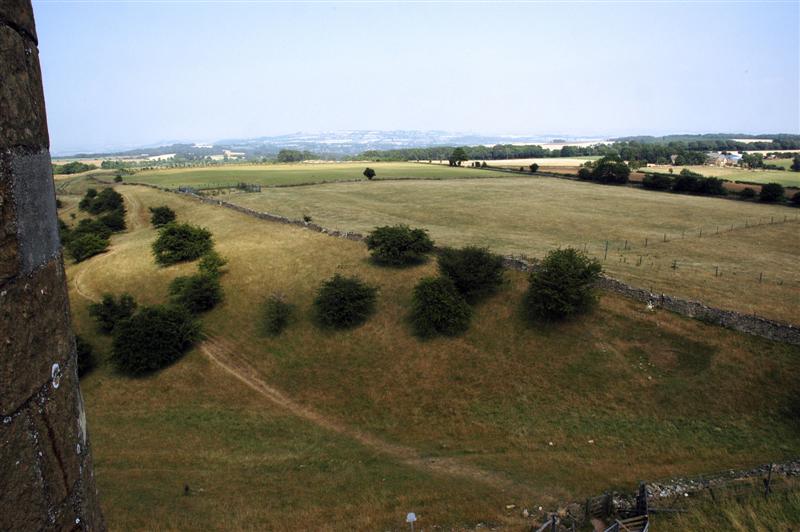 Melanie and Andrew enjoyed the views… and the very welcome cool breeze!!!! 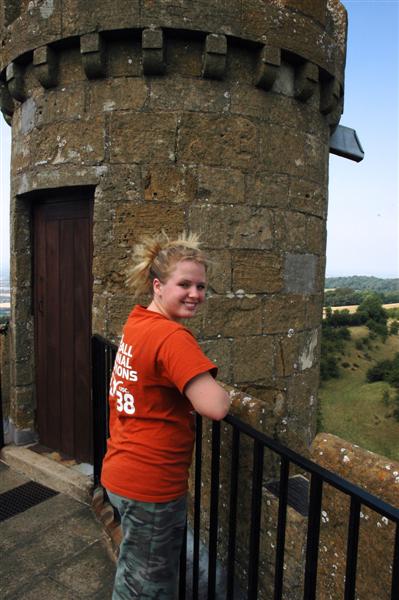 I told the “silly English kuhhhhhh-niggits” below that we had a Grail.

Now, go away, or I shall taunt you a second time-a! 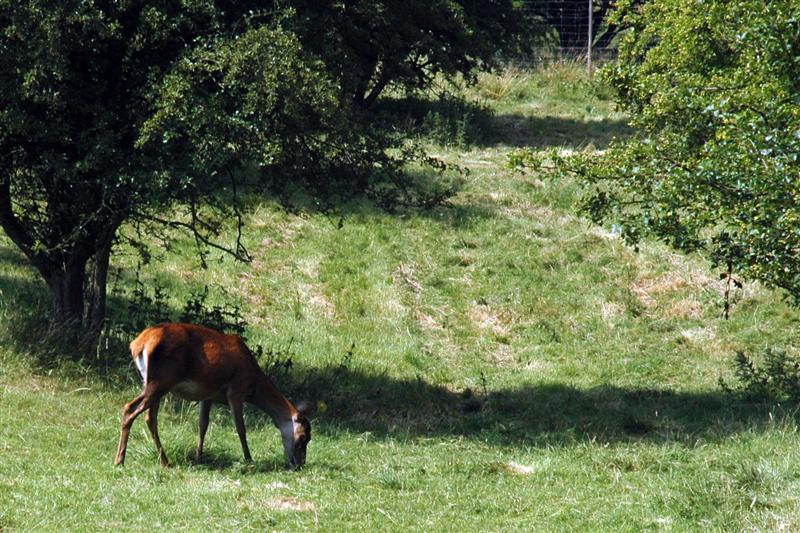 The Broadway Tower park is also home to a number of different types of deer, including Red Deer:

Back at the car park, we enjoy the views and the breeze… and a particularly tempting tree stump to climb and sit on:

Oh yeah. For some reason, this guy had an iguana. Go figure.

You can read more about my other visits to the Tower here: Broadway Tower - A Cotswolds Folly