A woodpecker did WHAT?

In May of 1995, we were moving ahead with the launch of STS-70. This Shuttle mission on Discovery was to deploy the 7th and final Tracking and Data Relay Satellite (TDRS) using the Inertial Upper Stage (IUS) solid rocket booster. I had worked several TDRS deploy missions before, but this was my first time as Lead Flight Dynamics Officer (FDO) for a TDRS deploy mission.

Late in May, it was discovered that a woodpecker native to the region had decided that Discovery’s External Tank (ET) was prime “pecking material” and made a right mess of things for us.  Mission Managers for the flight determined (correctly) that the damaged areas would have to be fixed prior to flight.

This was to be the first flight controlled from the new Mission Control Center (MCC).  I had been one of the FDO leads for transitioning our software and console readiness from the old Apollo-era MCC to this new, shiny, modern control center – so there was a double set of pressures that I was feeling for getting this mission off the ground.  It was an exciting time and one that I’ll write about in another blog post someday.

Our pal “Woody”, though, didn’t want to cooperate with our planned launch date.

After Discovery was rolled back to the Vertical Assembly Building (VAB) for repair and inspection, she returned to the Launch Pad 39B in mid-June.  The KSC pad team used fake owls and rotated people with air horns to scare away the pesky little guy after the holes were patched and the mission was prepared for a (woodpecker-delayed) launch.

With plastic owls and noisemakers protecting the newly patched ET, we proceeded towards launch day on July 13, 1995.

Liftoff occurred on time that day, we transitioned from the old MCC (from the Ascent team) during a crew Loss of Signal (LOS) period.  The TDRS deployment went off without a hitch, and we settled in for the rest of the mission making sure that our shiny new MCC performed as we wanted it to (spoiler alert: it did).

Since a woodpecker had delayed our launch date, a stuffed “Woody Woodpecker” toy made his way onto the Flight Activities Officer (FAO) console as the MCC mascot for this mission. 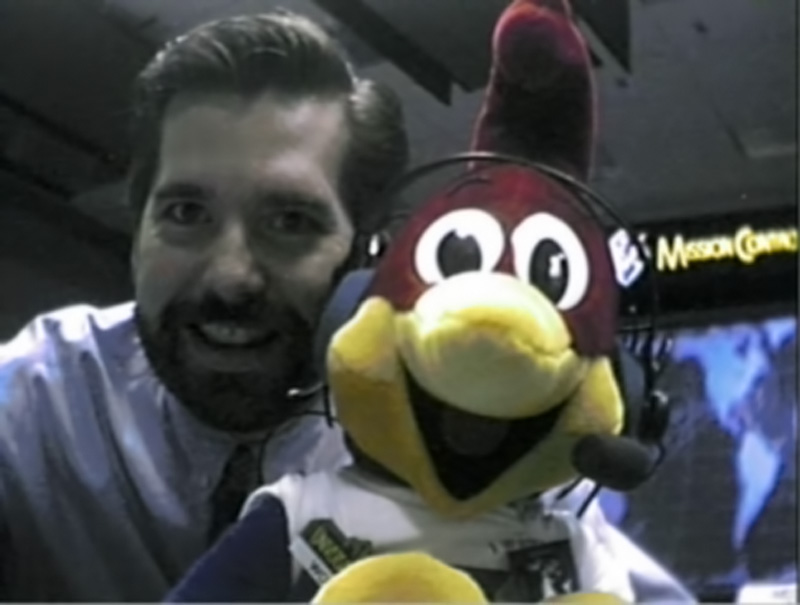 Of course, we all got our photos with him.  🙂

So, for a brief moment in time,
a woodpecker halted the United States space program

… and a bunch of nerds took photos with a stuffed toy to commemorate it.

Even the crew got in on it, with a special patch, based on the STS-70 crew patch, made featuring Woody. (patch image courtesy of my friends at SpacePatches.nl) 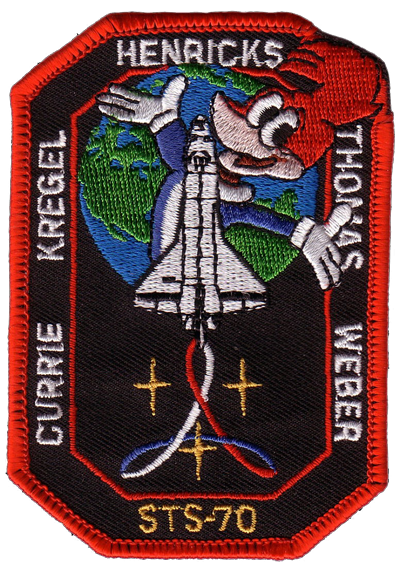